Those of us who use manual wheelchairs are often forced to accept certain environmental limitations. Whether it’s broken pavement on a sidewalk, missing curb cuts, steep hills, or simply rough terrain, necessity forces wheelchair users to become experts at navigation. On the flip side, however, new accessible technology also means that these types of challenges can be overcome. More specifically, thanks to the dedicated work of a group of engineers, there’s now a wheelchair designed especially for off-road terrain: the GRIT Freedom Chair. I recently bought one with the help of a GoFundMe campaign—which is a story in itself—and while I haven’t tested it on every type of terrain, I can say that it was most definitely a worthwhile purchase. 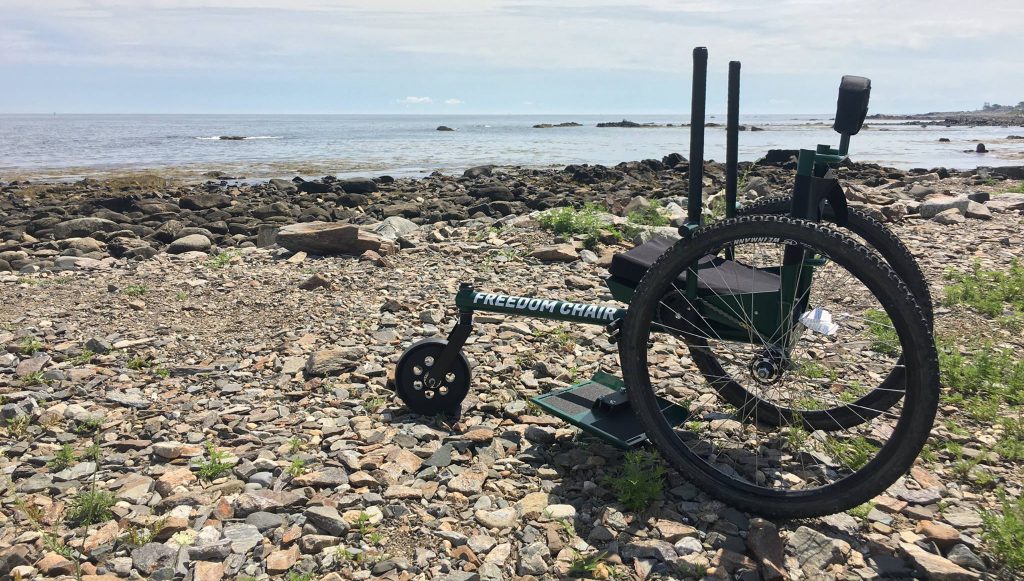 First, let me begin with an overview for the uninitiated. Designed over a period of eight years at MIT, the Freedom Chair is a lever-operated, chain driven wheelchair with an extended third wheel. All three of the tires are designed for rough terrain, complete with thick treads for maximum traction. There are also a variety of accessories that can be added to the wheelchair, ranging from push handles to beach tires and everything in between. Perhaps most importantly, the GRIT team is knowledgeable, friendly, and in my case, extremely patient: they have repeatedly sent me replacement parts when I’ve requested them, and they designed the wheelchair to fit me. 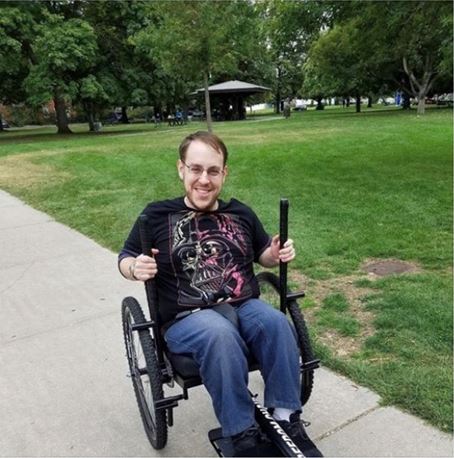 The only caveat is the price. The basic model, the Freedom Chair 3.0, costs around $3000, while the enhanced Forward model is $5500. In my case—and, I suspect, many others—the chair fell outside of the umbrella of “medical necessity,” and so I’d be paying for it out of pocket.

Thankfully, I got lucky. Encouraged to enter a photo contest hosted by GRIT’s Facebook page, I was completely surprised to discover that I had won a $750 discount.  Even with this unexpected boon, though, the prospect of spending nearly $2300 was daunting; I was hesitant to buy the chair.

Here’s where GoFundMe came in and saved the day. With the extremely generous assistance of friends and family (and their social media presence) we were able to raise over $900 in just one week. After that, I was shocked to discover that one donor wanted to simply cover the remainder of the cost. Words nearly failed me, but I accepted and closed the donation campaign after thanking everyone for their help.

Obviously, not every GoFundMe campaign has a happy ending, and not everyone will be as fortunate as I was. However, don’t let that deter you. I cannot overstate the importance of this: without my donation campaign, I would have had to give up. For those readers who might be put off by the price tag, don’t underestimate how much reaching out to others can help you. 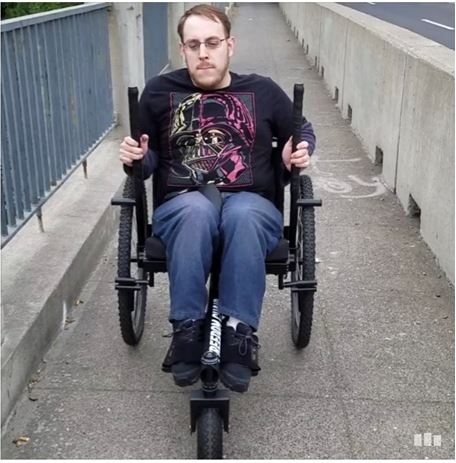 In any case, the Freedom Chair soon arrived (some assembly was required) and, after some personal modifications to make it fit better, I eagerly used it around my neighborhood.

The first thing that I noticed was how different it felt. As anyone who uses a manual wheelchair on a regular basis can tell you, pushing forward requires a specific motion. This motion is one that’s often honed over months and years, becoming completely ingrained. The Freedom Chair uses a completely different motion to push the levels forward, one that’s more akin to shifting gears, and it took me some getting used to, especially since the chair cannot back up on its own and has a wider turning radius. By the end of my initial ride, however, I was able to maneuver, if not smoothly, at least competently as I navigated up a slight hill. The chair was also much more stable than I had expected—indeed, one of its main selling points is its ability to drop down curbs or go over bumpy pavement without a hitch—and I never felt any danger of tipping over. Finally, the Freedom Chair is a workout! I was a bit sore the next day, but it quickly passed.

The chair wasn’t perfect at first—I needed a wider footplate, among other things—but overall I could not be happier. I’m very excited to see how it performs on a hiking trail or in the snow, and I would encourage others to look into it, especially if you like the outdoors. While life can sometimes be limiting, the Freedom Chair can offer liberty from everyday restrictions as it has for me.