Halloween – the time for pumpkins and witches, costumes and trick-or-treating. For one day, we get a free pass to dress up and be whoever we want. However, wheelchair-users are familiar with the difficulty of trying to incorporate their devices into their costumes. We love seeing costumes that not only include wheelchairs, but actually embrace them. To help inspire you, we’ve rounded up our favorite 10 wheelchair-costumes from around the web.

Image via ride-away.com
This costume uses simple parts attached with twine to create the iconic “Flintmobile” 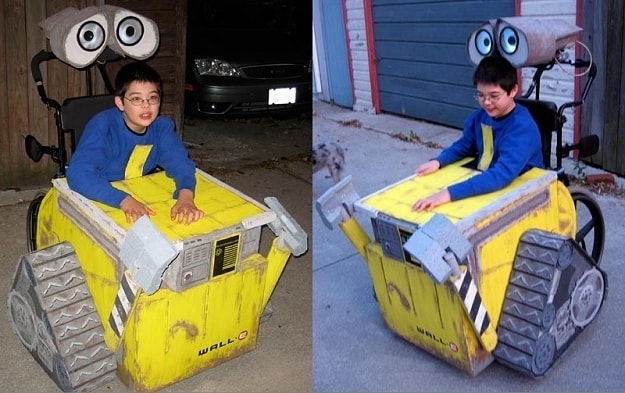 Image via Chez PLJ Pixar fans will love this costume modeled after the adorable robot, Wall-E. 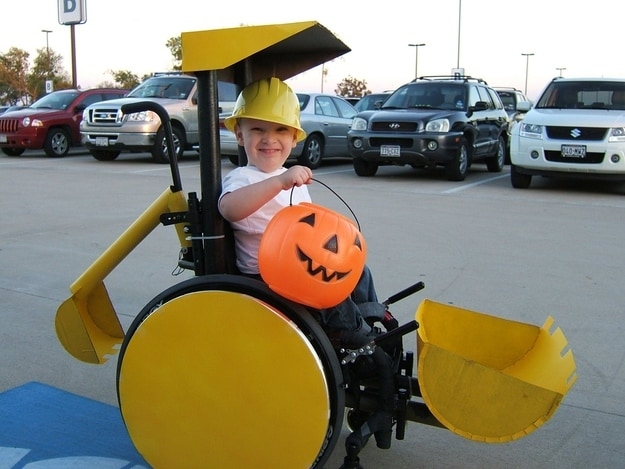 Image via kidzorg.blogspot.com A few simple pieces attached with zip ties convert this wheelchair into a convincing bulldozer. 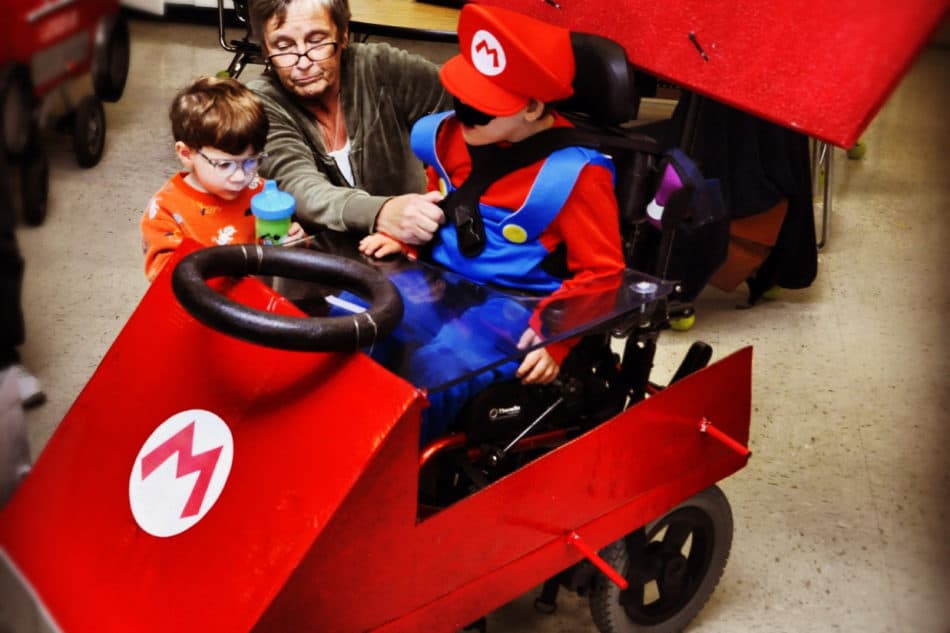 Image via 101mobility Video gamers will flip over this realistic version of Mario Kart (and for those who prefer other characters, you could just as easily recreate cars for Luigi, Princess Peach, Yoshi, and the rest of the gang!) 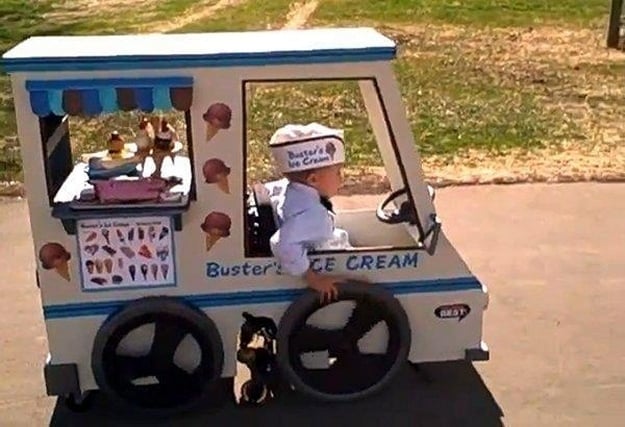 Image via The Blaze Everybody loves when the ice cream truck comes around, so why not replicate it with your very own ice cream truck? (Bonus points if you bring ice pops to hand out!) 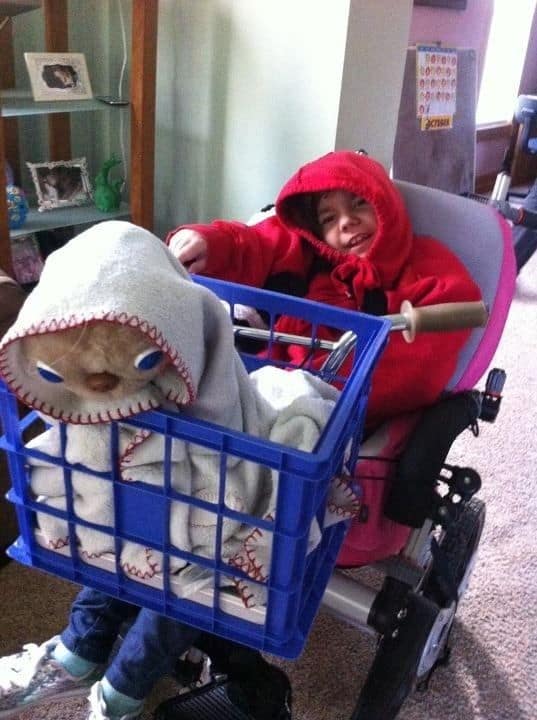 Image via Firefly Simple handlebars, a basket, red hoodie, and an E.T. doll create the perfect costume to represent the iconic final scenes from the movie. 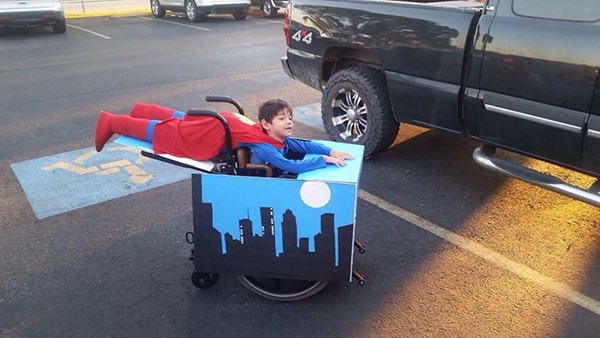 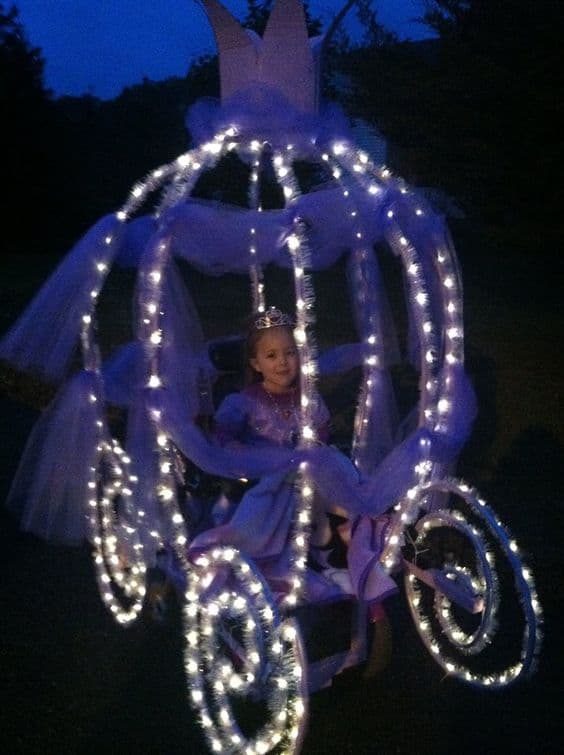 Image via minnesota.cbslocal.com This costume (complete with lights!) transforms a little girl’s wheelchair into a carriage fit for a princess 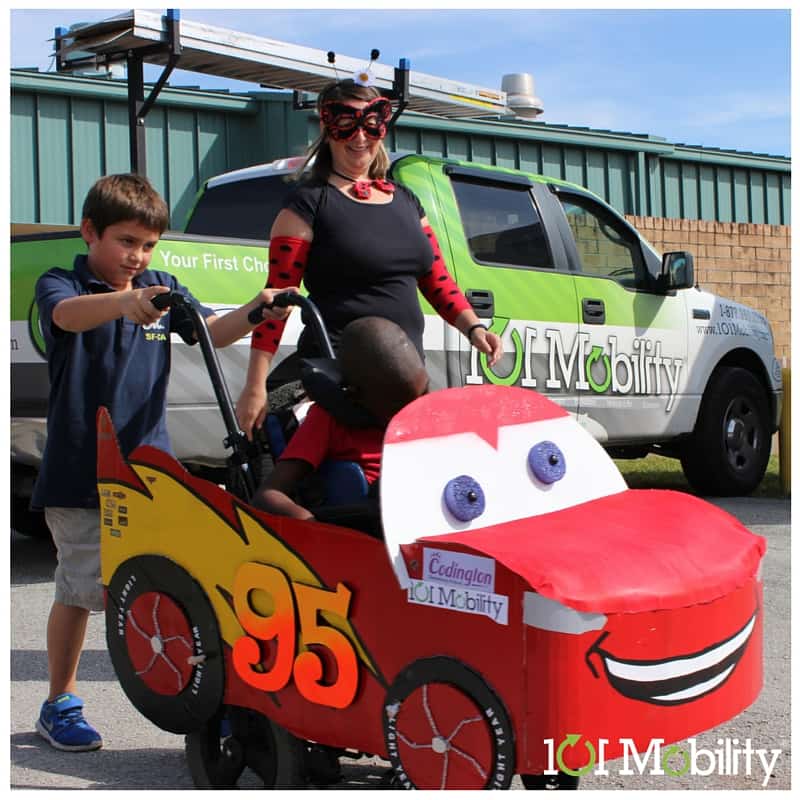 Image via 101Mobility A wheelchair is transformed into Lightning McQueen, the star of the Disney / Pixar movie, “Cars” (include other characters such as Tow Mater for a great group costume!) 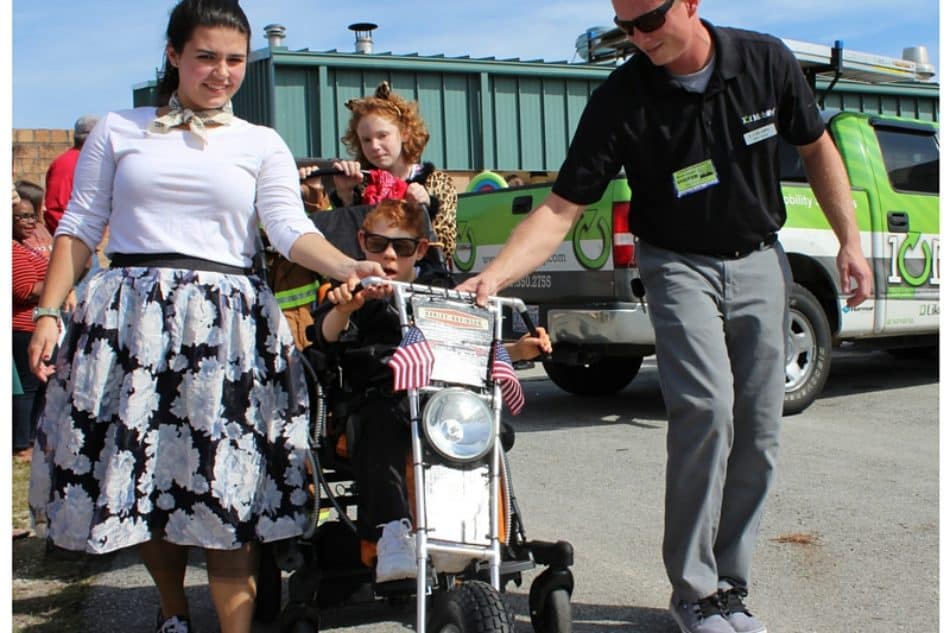 Image via 101mobility.com With a working front wheel and headlight, this wheelchair is transformed into a realistic chopper

We look forward to seeing the creative costumes that come out this Halloween! What’s your favorite from the list? Do you have a favorite wheelchair costume that didn’t make the list? Let us know in the comments!