Can a quadriplegic, someone paralyzed from the neck down, drive a car? 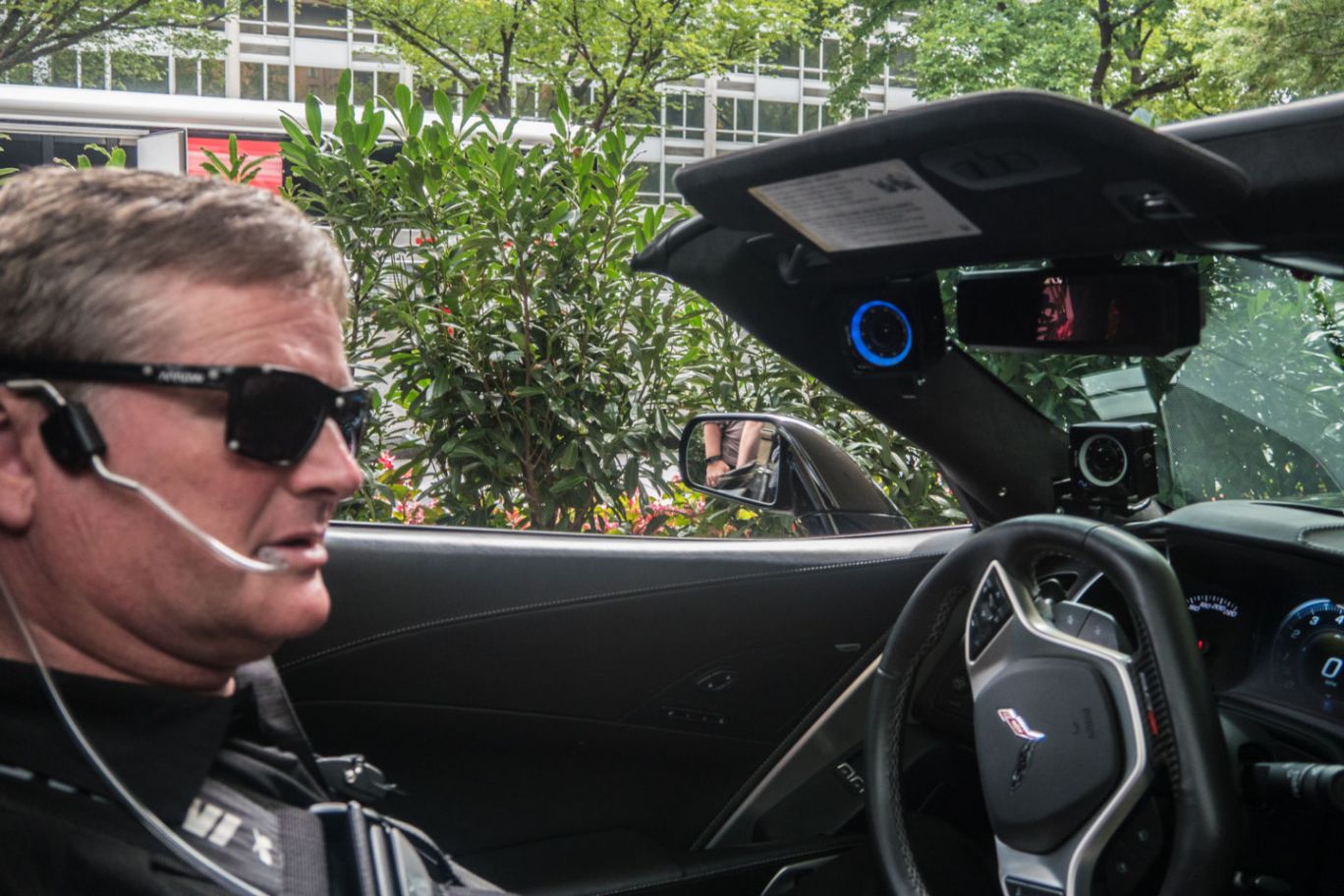 Race car driver Sam Schmidt’s career came to an abrupt end when a crash in 2000 left him paralyzed. After 17 years though, project SAM (Semi Autonomous Motorcar), a car with various modifications, has helped Sam get back on the road. Here is how it works: to make it accelerate, Sam sucks on a tube that is connected to a pressure sensor. Blowing on the tube is like applying brakes, and that brings the car to a stop. To steer, he uses head movement. The head movement is picked up by an array of infrared cameras that track a bunch of white dots on a pair of sunglasses he wears. Voice commands activate things like turn signals. The passenger side has another set of steering wheel, accelerator, and brake in case there is a problem while Sam is driving. In order to not cause any abrupt stops, the engineers designed the software of the car to suppress sudden pressure spikes, like sneezes.

Sam likes the sense of independence that this car gives him. There were very few things he had 100% control over in his life, and he likes that he can fully control this car. The video below shows how easily he can maneuver  his car by just sipping and sucking on the pressure sensor tube. Recently, Sam also got the country’s first semi autonomous driver’s license.

How much does this car cost after all the modifications? $1 million. (GASP!) So clearly, it is out of reach of regular people for now. However, it definitely paves way for hope, and in the future, when more manufacturers and innovators get together to make these modifications “mainstream”,  making these semi autonomous cars for people with disabilities would be much more affordable.