During the time that the Voice Options Pilot Project has been running we have seen a significant impact in the lives of the participants that have received services from this program. This pilot project was funded by the California Public Utilities Commission and officially started on January 11, 2017. The Voice Options program was designed to give individuals that identified as having a speech disability the opportunity to receive a free iPad with their favorite speech communication application. 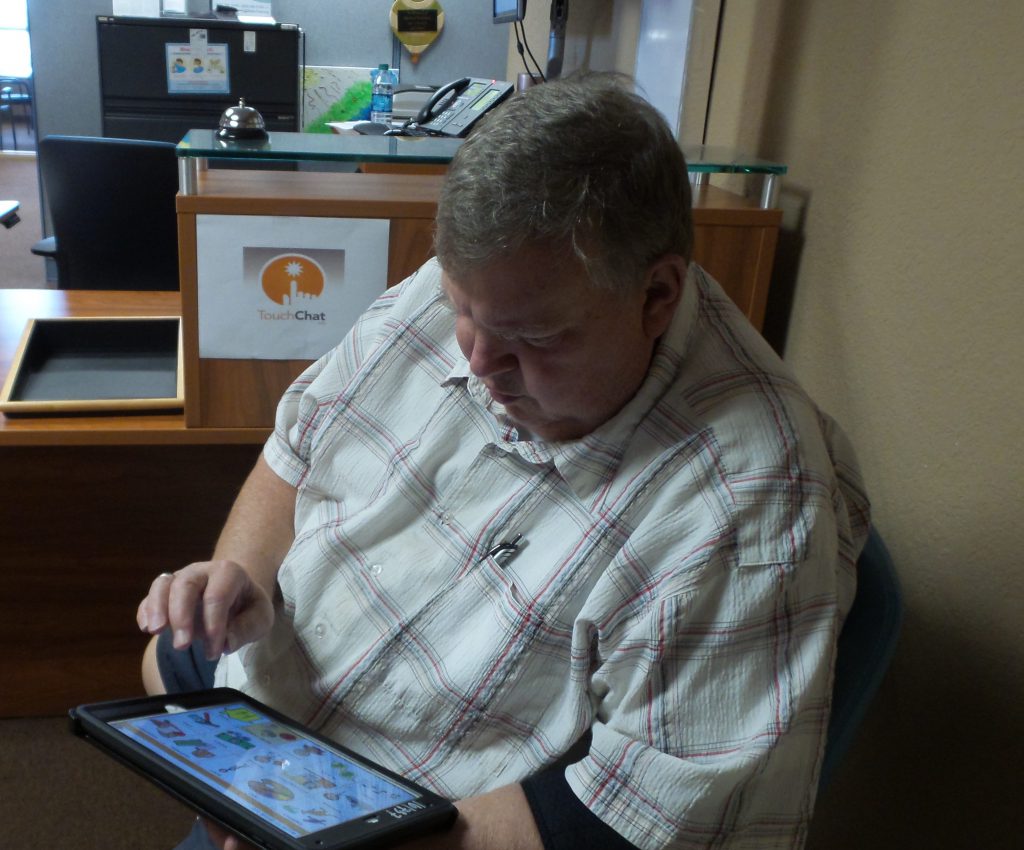 After the individuals completed a demonstration of how the communication applications worked they had the opportunity to participate in a short-term loan of 14 to 30 days. If the individual liked one of the applications, they could then apply for a long-term loan of an iPad and their preferred speech application and keep it for as long as they are using the iPad for communication purposes.  This being said, the most successful part of this pilot project was equipping 200 individuals who have speech disabilities with a new voice within a relatively short period of time.

In July we met a 40 year old consumer living alone who had survived a stroke that caused a loss of speech and a loss of motor function. When we first met Jane* it was difficult for her to engage in conversation. Jane’s confidence improved a great deal while using the iPad and Go TALK NOW Plus application. She can now communicate her needs independently to her Father and caregiver. When we last spoke with Jane, we saw that she was laughing and communicating with friends and family independently.

Another success story that we had during the Voice Options Pilot Project was with Matt*. Matt is 19 and his mother Alice* has always had a difficult time communicating with him throughout his life. Alice tried different techniques, including pen and paper, and pointing to pictures to learn what Matt needed. This proved difficult and often frustrating for Matt. After using an iPad with the Proloquo4Text application, Matt was able to use the keyboard to communicate openly with his mother. Alice never had any idea about the thoughts running through Matt’s head until he was able to type them out. Alice was very excited to see this different side of Matt that was made possible through the Voice Options program.

April* is another individual that increased her independence due to the Voice Options Pilot Project. April came in to one of our centers with a diagnosis of tongue cancer.  In just a couple of days she was to undergo surgery where she was going to have most of her tongue removed with some of her right jaw. She expressed concerns and worries of not being able to communicate with friends and family after the surgery. After spending a short amount of time at one of our demonstrations, April learned how to use each of the available speech applications.  April was thrilled to find out that one of the speech applications would allow her to record words and phrases with her own voice to be used after the surgery. This application is called Predictable. One of the unique benefits of the Predictable application is the ability to be able to record many phrases and words in the user’s own voice.  At one point, after creating an emoticon saying “I love you” in her families native language, April was holding back tears as she realized the magnitude of preserving her voice and being able to be understood through the application Predictable.

Not only was an iPad and speech application preserving her voice, but being able to say “I love you” and “I’m doing okay” to her parents who do not speak English was something she never expected. We even encouraged April to reach out to her family members who live in a different country. She could do this by putting a phone on speaker and using the Predictable application to communicate. This Voice Options iPad will give April the ability to stay connected to her loved ones as she’s going through one of the most difficult and painful times in her life. April is grateful for the Voice Options program and knows it will make a huge difference in her life after surviving cancer. In our last meeting with April she said “the most important part for me was that I felt less nervous and anxious about the upcoming surgery because I knew I still had a voice”. 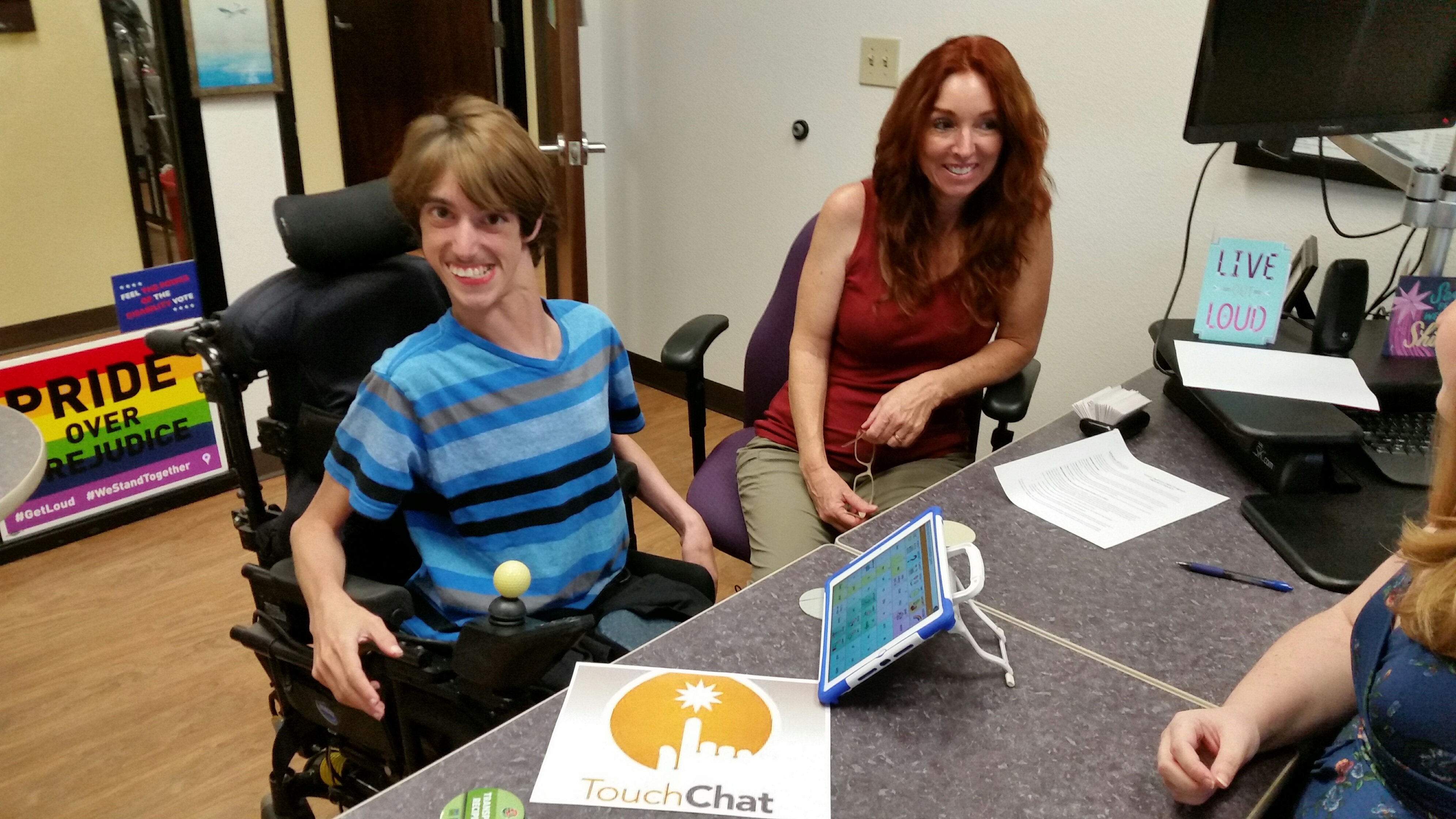 The Voice Options program is currently still accepting long-term loan applications. Once an application is received we are putting the applicant on a waiting list. Unfortunately Voice Options has reached its 200 long-term loan capacity for this pilot project. It is our hope that at some point in the near future we will able to renew our funding for this program and continue to provide a voice to those who are in need.