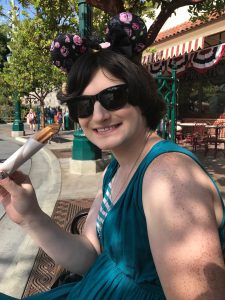 ​“Red brick is actually red!” I exclaimed, when I walked out of a San Francisco Bay Area optometrist’s office, while trying on a pair of Enchroma sunglasses.  That day was the first time I saw many colors and shades I had never seen before.  To me, red brick was always brown.  I also saw purple, pink and orange for the very first time in my life.  I was so excited to get out and see the colorful world that we live in.

Enchroma is a company based in Berkeley, California that created special glasses to help people with specific types of colorblindness.  According to Enchroma’s website, the glasses use a special filter to help separate the light wavelengths to enhance specific colors.  I purchased both outdoor sunglasses and indoor prescription reading glasses.  They work the best with bright light, such as from the sun or a computer screen.  I have had the glasses for two years and I still see new colors all the time!

I was first diagnosed with colorblindness in Grade One.  My teacher was using yellow chalk on a green chalkboard and I couldn’t read the assignments properly.  I was sent to a vision specialist where they had me look at dot tests.  The dot test is a circle made up of many smaller colored circles with a number printed in the middle. The circle might be made up of shades of green, and the number might be in shades of red.  People with normal color vision would be able to see the number, but I was never able to.  After the tests, I was diagnosed as an extreme Deutan, meaning I had difficulty distinguishing between red and green. 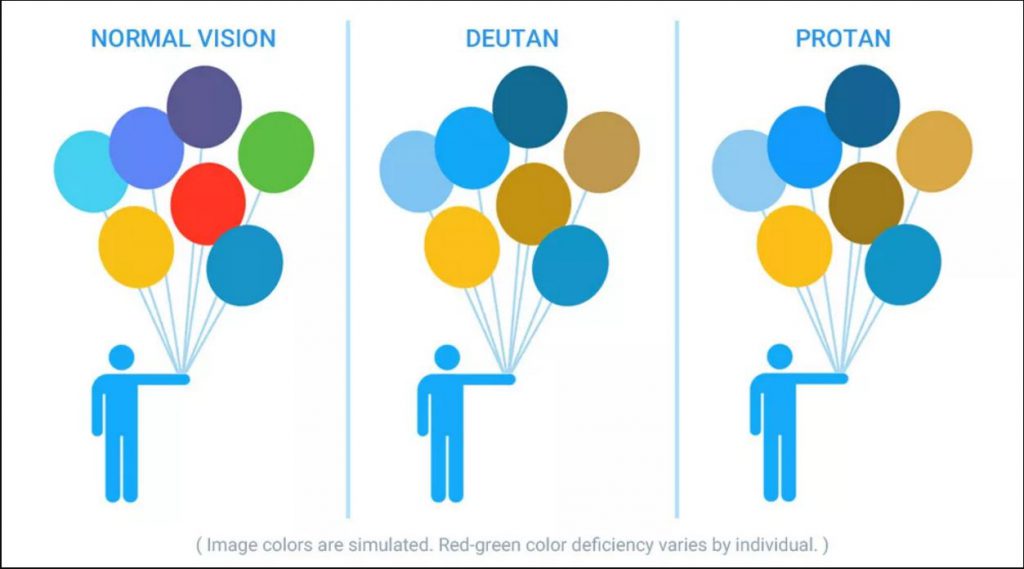 Colorblindness, or Color Vision Deficiency (CVD), is fairly common.  As many as eight percent of men and 0.5 percent of women are red-green colorblind, according to the National Eye Institute.   There’s also blue-yellow colorblindness and complete colorblindness; the latter is extremely rare.  It can also run in families, my maternal grandfather was colorblind. 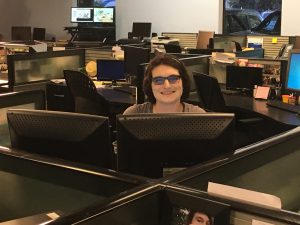 Madeline sits at her desk while wearing her indoor Enchroma glasses

It can be challenging being colorblind.  Everything from completing school assignments, to matching outfits and driving can be tricky.  At my job, as a television news producer, we have specifically color-coded scripts that, depending on the color, can mean different things.  I once accidentally dropped a script from the teleprompter as it was being read live on air because I couldn’t tell the difference between the colors. I purchased Enchroma’s indoor lenses for work, so I wouldn’t have any more confusion.

​Every person is different, and the glasses from Enchroma won’t work for everyone.  For me, there’s nothing better than finally being able to see the world in its true color.