For the past few years, the UC Davis California AgrAbility Program and Ability Tools have partnered to bring assistive technology and farming ergonomic resources to farmers, agricultural workers, ranchers, and gardeners across California. Starting in 2014, the Ability Tool’s AT Exchange- Device Lending Library, began to house farming and gardening assistive technology (AT) tools across the state Independent Living Centers for lenders to try out free for 30 days. California AgrAbility and Ability Tools participants can test whether the AT tool works for them, and more importantly, whether the tool fits them. Through this collaboration, the California AgrAbility Program also became a site for housing and lending agricultural assistive devices.

California AgrAbility also collaborates with the Department of Rehabilitation (DOR) to fund AT tools for farmers. DOR provides services and advocacy that assist people with disabilities to live independently, become employed, and have an equality in the communities in which they live and work. The Device Lending Library has helped California AgrAbility to justify to DOR that the AT tool enables participants living with a disability to continue working safely so that they can fund the tool. 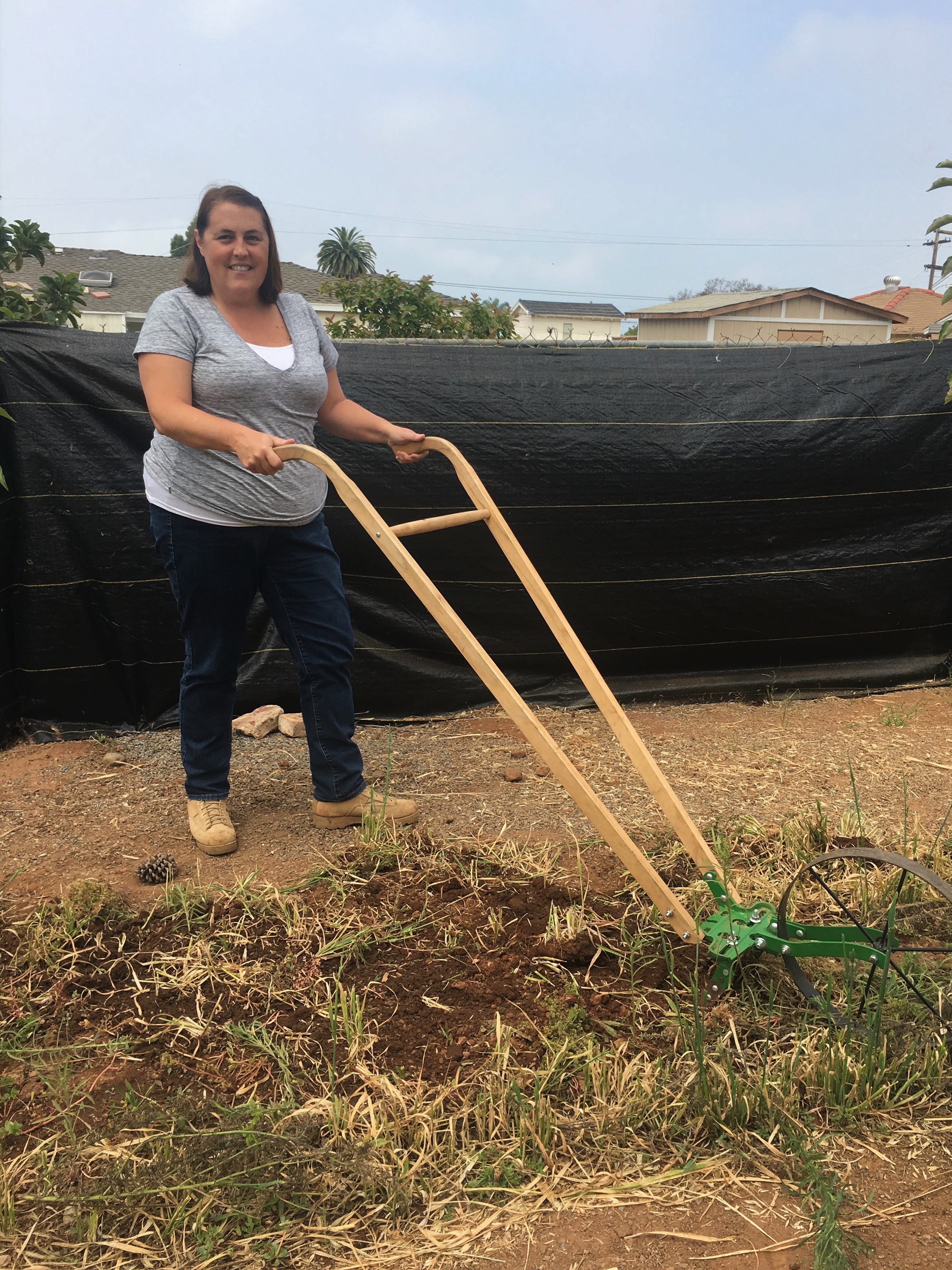 Stepheni Norton, one of California AgrAbility’s participants, is a prime example demonstrating the successful collaboration between California AgrAbility, Ability Tools, and DOR. Stepheni found California AgrAbility through the National AgrAbility Project. When she discovered CalAgrAbility, she sent in a self-referral through the online portal. Stepheni was bit by a deer tick right before she was deployed for duty. She suffered symptoms of Lyme disease for 2 years before she was diagnosed. By the time of her diagnosis, her Lyme disease had progressed causing degenerative arthritis, scaring in her lungs, and had started eating into her jawbone. After a year, she was declared as a 100% disabled veteran, enabling the military to relieve her from her duty.

To help with her illness, Stepheni’s doctor wanted her to eat fresh fruits and vegetables. However, it quickly became apparent that it was hard to obtain it in her area. As a result, Stepheni started her own urban farm planting a variety of herbs and vegetables. With her disability, it was hard for Stepheni to stand up after weeding, seeding, or tilling on the ground.  CalAgrAbility staff suggested the Hoss Wheel Hoe and Farmer’s Friend Quick-cut Greens Harvester, which allowed Stepheni to farm without having to get on the ground. These tools were the perfect solution allowing her to work her farm for six hours without feeling any pain. CalAgrAbility collaborated with DOR to purchase the assistive tool for Stepheni without her having to spend a dime. Stepheni can now work effectively and safely producing fresh material not just for herself, but also restaurants and chefs in her area. 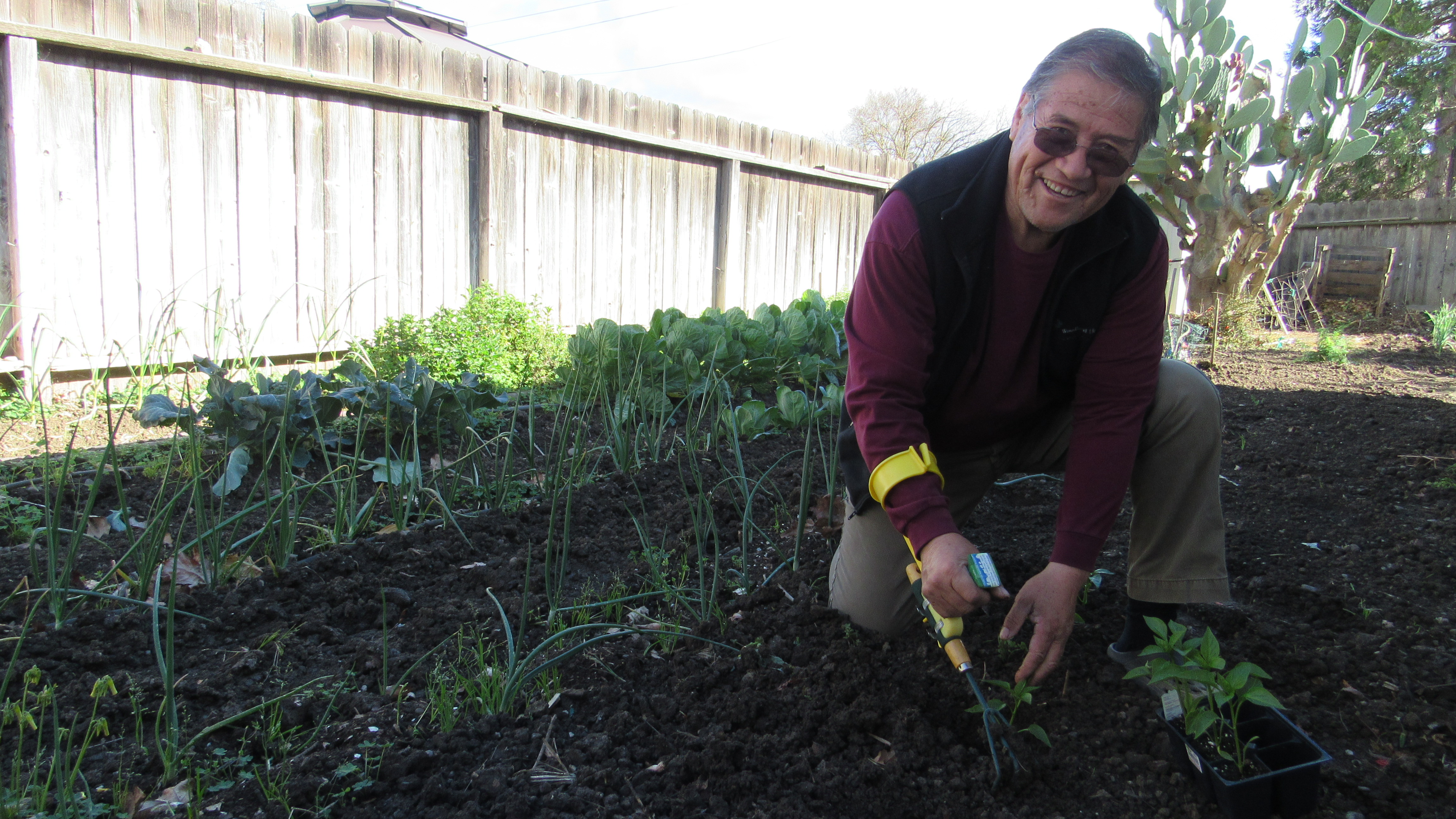 California AgrAbility continues to serve farmers, agricultural workers, ranchers, and gardeners working with injuries, disabilities, or chronic illnesses with the partnership of Ability Tools to successfully promote independent living. To learn more, please visit http://calagrability.ucdavis.edu/. CalAgrAbility is part of a network of AgrAbility Projects funded by the U.S. Department of Agriculture National Institute on Food and Agriculture (Project No. CA-D-BAE-2271-OG).