Felix Reges, a 10-year-old boy, is able to see clearly for the very first time with the help of wearable technology. His parents and teachers say, “It’s opened up a whole new world for him.”

The Sunrise Valley Elementary School 4th grader has had severely impaired vision his entire life, but this past summer he got a pair of augmented reality (AR) glasses. This life changing technology is NuEyes featuring ODG Smartglasses, giving Felix a whole new outlook on life.

The NuEyes Smartglasses give him the ability to actually see what is outside, which used to be a grey area for him. He can now recognize faces, where before he had to be within 2 feet of the person to recognize their face. The first time Felix went to class with his NuEyes Smartglasses he was able to see his classmate’s faces for the first time, instead of just recognizing them by their voices. He used to sit right next to the school board just to see a little bit, now he can sit at a normal distance and read the school board clearly.

What NuEyes Smartglasses do

NuEyes featuring ODG Smartglasses film the outside world with a camera on the bridge of the glasses and project the image on electronic screens located in front of the user’s eyes. Numerous changes can be made to the glasses based on 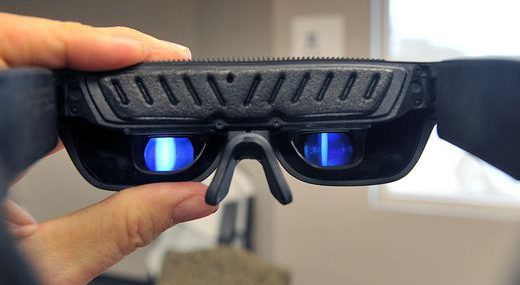 visual needs, such as making the image bigger or changing the contrast of colors. This can be done by voice-activation controlling the glasses.

Felix finds the glasses really fun because he loves technology and loves sharing them with his classmates. The Nueyes featuring ODG Smartglasses opens up Felix’s world in a way so far that other technology has not been able to. Felix told his parents that he feels just like one of the other kids now.