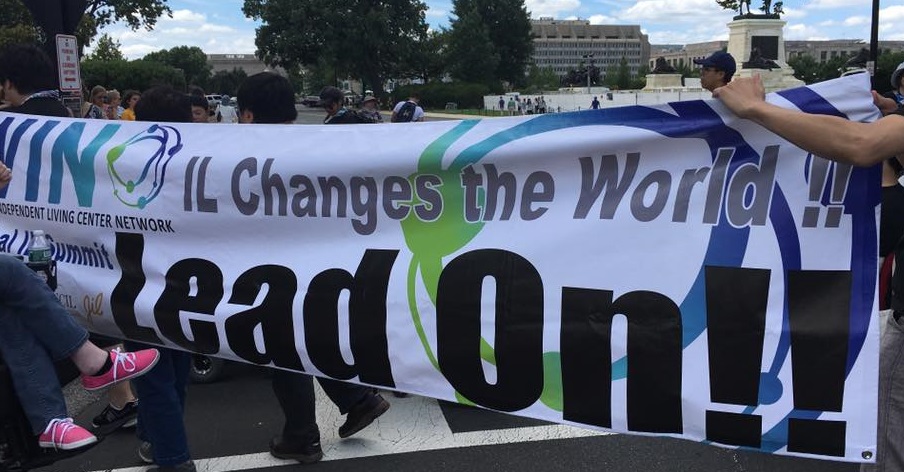 This week, advocates from across the country are gathered in Washington, D.C. for the annual National Conference on Independent Living (NCIL). This year’s conference theme is Revolution: A Global Independent Living Movement. Timing couldn’t be better this year! The Conference is not only being held during the 27th anniversary of the signing of the Americans with Disabilities Act (ADA), but also during a critical time where we are fighting to save both  ADA access and Medicaid. As you may already know, the ADA is a civil rights law that prohibits discrimination on the basis of a physical or mental disability in employment, public 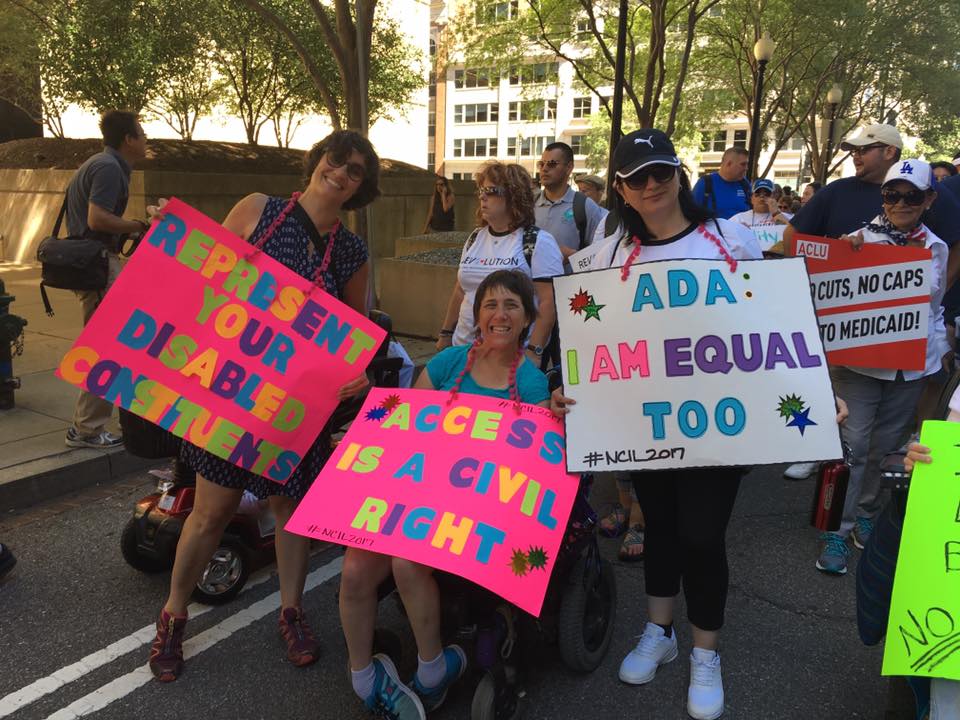 NCIL March to the Capitol 2017

Under our current administration where we are facing troubling changes to services for people with disabilities in our country, it is more important than ever to reach out and advocate. One of our Executive Directors at a California Independent Living Center shared her AT and Advocacy experience being in D.C. for NCIL on 7/24/2017:

“I had an incredibly memorable day. I saw old friends and met some new ones. I felt the fire in my belly that being around community sometimes sparks. We went to the capital to support the Americans Disabled Attendant Programs Today (ADAPT) protesters and the Healthcare Die-In. I road in 8 different Washington D.C. metro elevators and not a single one of them contain feces or smelled of urine. (San Francisco Bay Area Transit should learn from Washington D.C. Metropolitan Transit.)

Yet most memorable of all was a visit to the national archives where I experienced a new kind of freedom… I wore my AirA glasses which provide me with visual interpretation of the environment via Google glass video feed and a Bluetooth ear bud. I walked around the entire rotunda at the national archives, not missing a single exhibit, taking my time and listening to my AirA interpreter David Reid, who described what was around me.  It was amazing. It occurs to me that I could turn myself loose in any old museum using this wonderful tool! Blindness is at its core a communication disability. Visual information, nonverbal social interactions, visual art are things that I often feel I have to reach in order to understand yet even with my smart, well trained   brain I am still at times add a disadvantage. At the same time, when wearing the AirA glasses I’m kind of like that guy on that TV show 24 with a little bird in my ear feeding me very useful information. These glasses may turn me into a museum junkie and into one of those people who takes walks without having any destination in mind!  Ye Gads!!!!

Yesterday I use the glasses in the San Francisco International Airport to find the Virgin Airlines check in and the glasses helped me follow the line up to the counter. This evening we went to a restaurant and I used the glasses to discreetly read the menu. Tomorrow is the march and rally at the capital followed by Capitol Hill visits. We have a lot of work to do tomorrow as it is the day the Senate is going to vote on the healthcare bills which if passed in its current form would have a devastating impact on individuals with disabilities and their families.  Have you called and faxed your senators today? Don’t forget to do it again tomorrow. Your efforts make a difference. +1 (202) 224-3121” 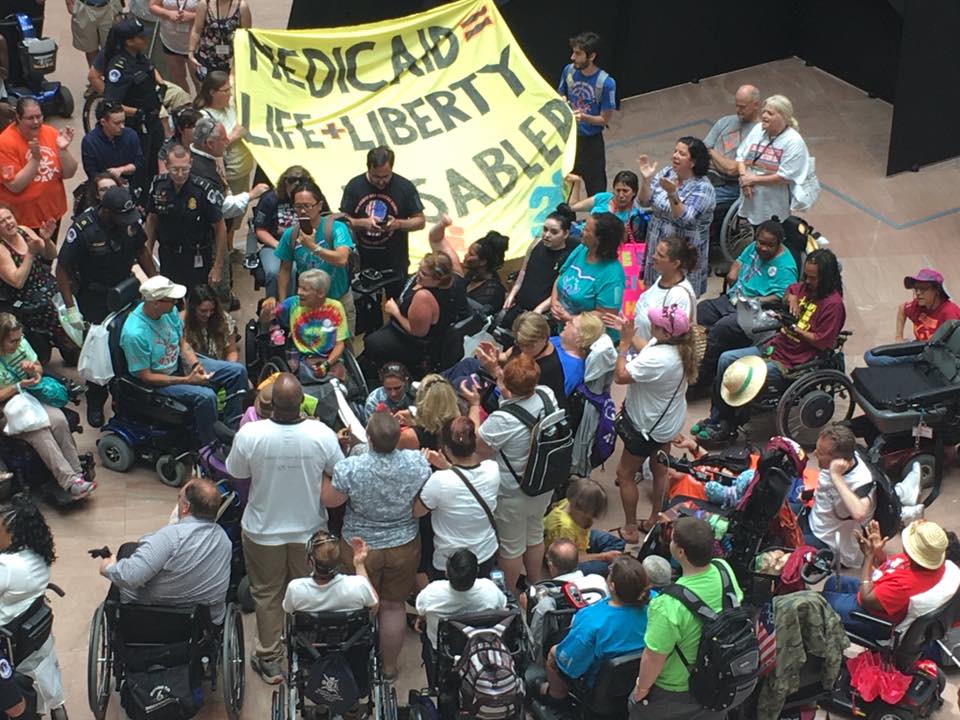 To take action and save Medicaid protections for Disabled Americans, please visit:
https://dredf.org/2017/07/24/can-save-medicaid-protections-disabled-americans/