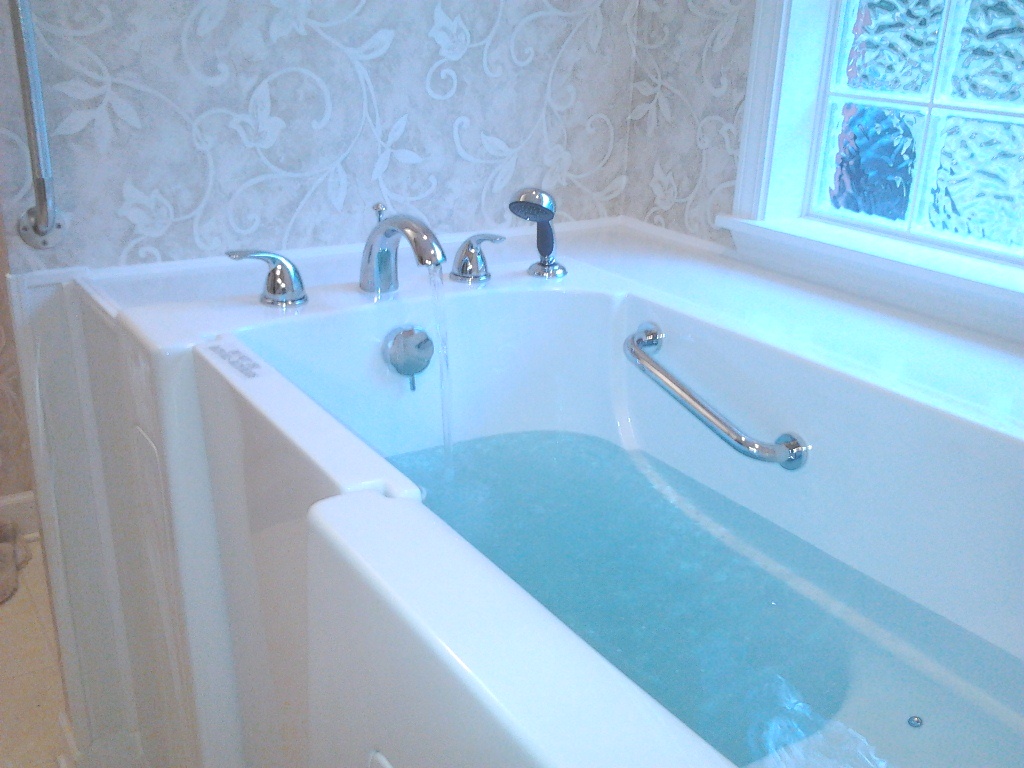 I have recently started working for Ability Tools as the Program Coordinator for their Information and Referral line.

I receive many questions every day and, most of the time, I am able to assist the individual with little to no problems by answering their questions and/ or giving them referrals to other agencies. However, late last month I had a real head-scratcher;  I didn’t know how to assist a woman that called me named Janet.

Janet is from the L. A. area and has Multiple Sclerosis (MS).  She had contacted me with an interesting and very specific request. Due to her limited mobility because of her disability, she is unable to get into and out of a standard tub safely. Her husband assists her by sponge-bathing her but, as she aptly said, “There is nothing like a nice, relaxing, independent bath.”

Janet and her husband would love to be able to remodel their bathroom -making it more accessible to Janet- but they are unable to because of the size of the bathroom and the fact that they are renters, not the homeowners.

Janet participates in an MS support group and, during a meeting, she heard from someone that some hotels will rent out their accessible bathrooms complete with walk-in tubs by the hour. When Janet called and asked if we knew of any places in the L.A. area providing that service, I had to admit that I had not heard of that and didn’t know anything about that service. I was left sitting there, scratching my head.

My first effort was sending this question out on our Ability Tools Listserv to see if any of the AT specialists, advocates or enthusiasts had heard of this service being offered anywhere and could further assist Janet. 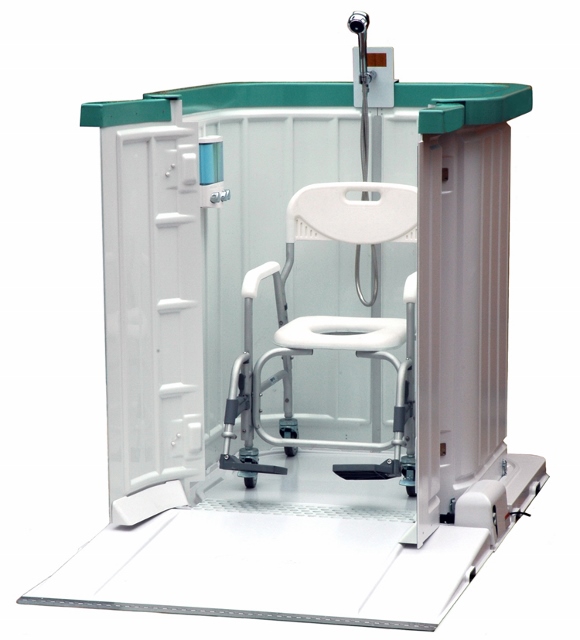 I learned a lot of great information about portable accessible showers, like the Shower Bay, but nothing about being able to rent a walk-in tub for an hour or two  No one else seemed to know anywhere to do this either!

Meanwhile, I spoke with Janet again. She expressed to me that she has driven over 100 miles just to be able to take an independent bath, that is how important it is to her!  I admire her conviction and commitment. I then decided I would try thinking outside the box and check out spas in her local area that may have accessible bathrooms with walk-in tubs. I also contacted the L.A. Tourism and Convention board looking for more information on hotels with walk-in tubs.  This was all to no avail, as sadly I came up with nothing new for her.

I am still on the hunt to solve this problem for Janet. Even though I had never heard of a hotels renting out accessible bathrooms by the hour to people with disabilities, I am committed to finding one that will.  I am not sure how I feel about this service though.  I wouldn’t say it is a terrible idea per se, I just hope this wouldn’t be another way for people to take advantage of people with disabilities who are simply trying to meet a basic human need.

Being able to rent a walk-in tub could be very beneficial to many individuals with disabilities and help to maintain their dignity and independence. If you have any information about this at all, please contact me on the Ability Tools toll-free telephone line at (800) 390-2699 or email me at emily@cfilc.org.