Parents of children with disabilities know that part of parenting is navigating complex systems and resources.

Jasmin is just such a navigator for her 5 year-old son, Jordan.

Jordan has low muscle tone, a mild hearing loss, and developmental delays. Jordan cannot speak, but understands spoken language. Jasmin knew he needed a way to communicate, and set out to make that happen. 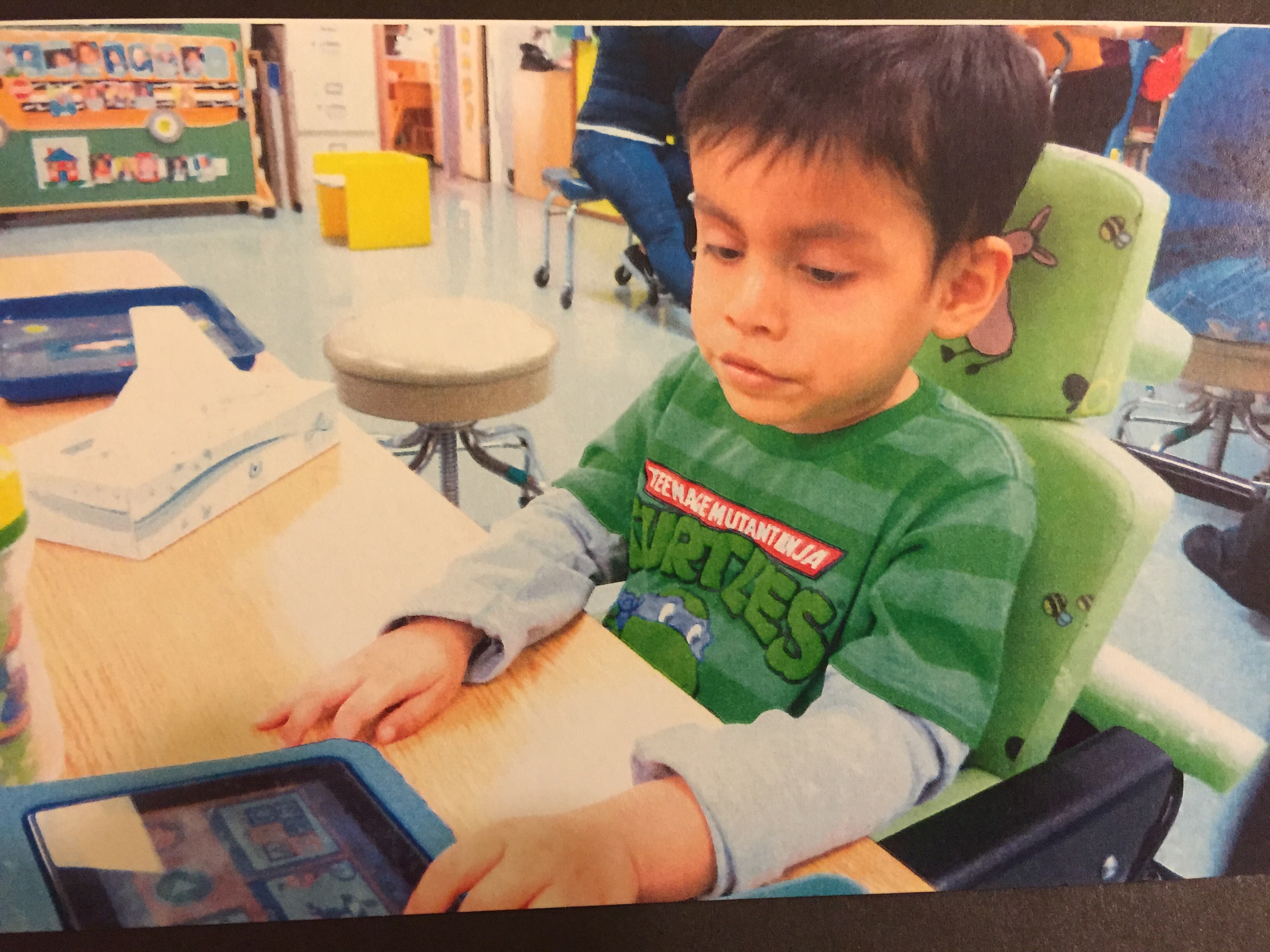 Her first stop was talking to the professionals already working with Jordan on speech and language. When Jasmin asked that Jordan be evaluated for a communication device, it was recommended that Jordan receive more therapy first. But, sometimes, a mother knows best. Jasmin began using a family Kindle with a free simple communication app called JabTalk with Jordan.

Communication apps and devices allow a user to point to pictures and symbols to communicate words and ideas, that are then voiced aloud through synthetic or recorded speech. By providing his speech therapist with footage of Jordan successfully using the app, Jasmin was able to demonstrate that he was ready for a communication device of his own.

The next step was a communication evaluation, where it was determined that a NovaChat would be the best device for Jordan. The NovaChat is a portable communication device with many options and features. The next hurdle was the navigation of the complex insurance approval processes, and waiting for the device to be purchased. However, by this time, the old Kindle had broken, and Jasmin knew that Jordan needed to keep learning and practicing to communicate. This is where Ability Tools came in to help.

Support for Families referred Jasmin to the device lending library at ILRCSF, run through Ability Tools.  Jasmin began browsing the Ability Tools website. She had heard of Ability Tools before, but was thrilled to discover it again, just when she needed it.

Jasmin called ILRCSF, and spoke to Assistive Technology Educator Erin Lauridsen. They talked about Jordan’s needs, and what apps Erin could install for Jordan. The very next day, Jasmin came to pick up an iPad in a rugged protective case, with the Proloquo2Go communication app installed.

Jasmin also discovered that the device lending library at CRIL in Hayward had a NovaChat, but it was being used by another borrower. Once it was returned, she was able to borrow that as well.

Jordan now has his own NovaChat, which he uses when he needs to communicate without distractions, such as during school hours. Since the iPad worked so well for Jordan, his family purchased an iPad mini and the ProloQuo2Go app. At home, Jordan uses both the NovaChat and the iPad, so he can communicate and have fun too. Thanks to Jasmin’s persistence, Jordan now has two pieces of assistive technology so he can keep learning and communicating as he grows.

“You don’t want to really invest in things until you get a chance to try them out,” says Jasmin. She wants other parents of children with disabilities to know that Ability Tools and device lending libraries like the one at ILRC are a great resource for trying out different assistive technologies before making a purchase.