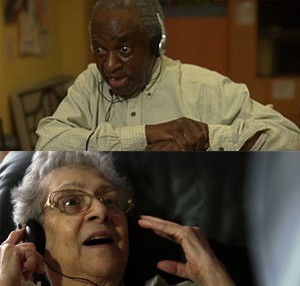 Henry lives in a nursing home. He has dementia, rarely speaks and rarely moves. But when he is given headphones attached to an iPod with music specific to his age and known memories, he is moved – to dance, to sing, to speak about what it has given him. You can watch Henry’s powerful story and learn more about the impact of music & memory by clicking here. 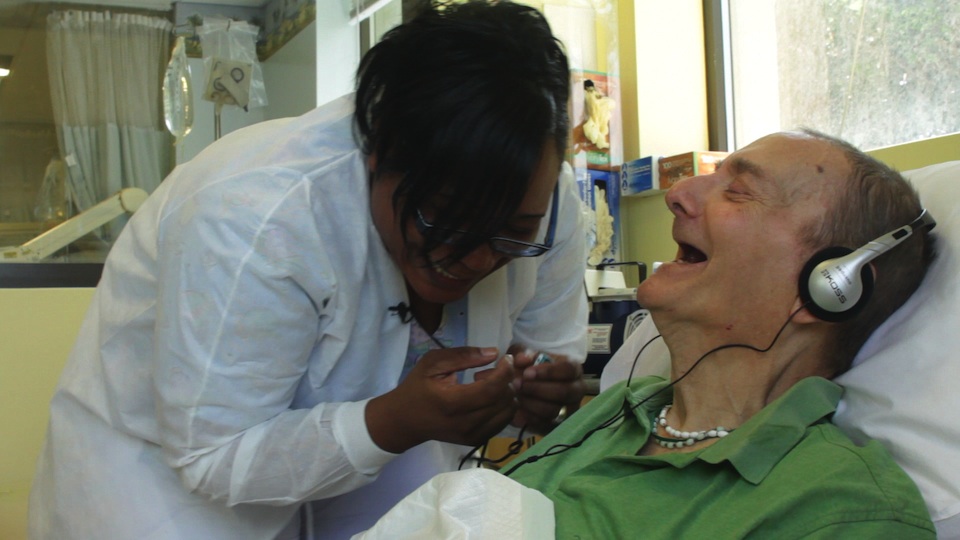 Music & Memory is a non-profit organization that uses assistive devices – iPods in particular – to create personalized music set lists for elderly people with dementia and Alzheimer’s disease. As we know, assistive technology, from the simple to the complex, has the power to impact a person’s mobility, function, communication, and more. Music & Memory aims to use AT to improve the quality of life for those individuals.

Music & Memory founder and Executive Director Dan Cohen says, “We train nursing home staff and other elder care professionals, as well as family caregivers, how to create and provide personalized playlists using iPods and related digital audio systems that enable those struggling with Alzheimer’s, dementia and other cognitive and physical challenges to reconnect with the world through music-triggered memories.” (musicandmemory.org)

These assistive devices have now become utilized in hundreds of nursing homes across the United States and Canada since 2010.

Of course, more research has to be done to substantiate the claims that programs such as this have made. “Music therapy has been shown to have potent effects…but to what extent do the effects of a personalized playlist persist?” (New York Times). To answer this question, the University of Wisconsin – Milwaukee is conducting a study on whether those who have Alzheimer’s and dementia have altered moods and behaviors after listening to their personalized music sets. Researchers “document residents’ interactions, watch sleep patterns…track movement and collect music data.” The data they are collecting will be available next summer. Similar studies are being conducted in Utah and Ohio. (abcnews)

According to Music & Memory’s website, “These musical favorites tap deep memories not lost to dementia and can bring residents and clients back to life, enabling them to feel like themselves again, to converse, socialize and stay present.” Researchers think that the music “touches so many areas of the brain, making connections, that it may have the power to awaken memories and feelings that would otherwise be lost.” (abcnews)

In 2012, a Sundance Award-winning documentary about the work of Music & Memory, Alive Inside, premiered. A clip from the movie, the video of Henry above, hit YouTube shortly after and went viral.

Right now, the program operates inside of nursing homes but we can imagine what the use of AT like this could do for anyone, anywhere and we can advocate for training and donations for people who want to live in the community and at home. Additionally, Music & Memory offers some guidelines for creating your own musical memory set lists on their website.

You can donate gently-used iPods to Music & Memory by visiting their website, www.musicandmemory.org.